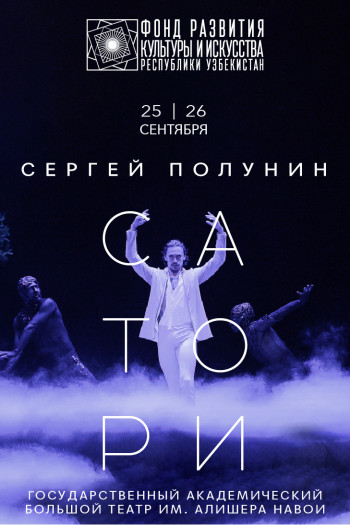 September 25 and 26, 2022 on the stage of the Bolshoi Theater. Alisher Navoi, the Foundation for the Development of Culture and Art will organize the premiere of the famous ballet "Satori" led by world-famous dancer Sergei Polunin. The Japanese term "Satori" means Zen Buddhist enlightenment, which can only be achieved by relying on one's own experience. The ballet "Satori" is largely biographical, it tells about the creative path of Sergei Polunin, thanks to which he found a love for dance and the meaning of life. A group of talented foreign artists participate in Polunin's program. The idea of ​​​​creating a production about the life path and personal development belongs to the director of Cirque du Soleil (Cirque du Soleil) - Gabriel Marcel del Vecchio. The stage designer was David LaChapelle. Satori had its world premiere at the London Coliseum in December 2017 to rave reviews from audiences and critics.