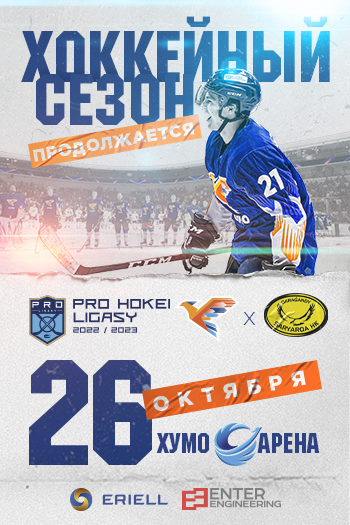 "Saryarka" twice became the champion of the Higher Hockey League, three times the owner of the Cup of Kazakhstan and three times won the gold of the Championship of the Republic of Kazakhstan.

PreSale until October 10 - get tickets with a 30% discount!