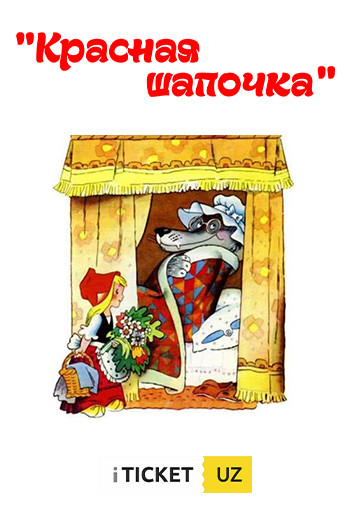 LITTLE RED RIDING HOOD (musical fairy tale) Dear boys and girls! Of course, their parents! The State Academic Russian Drama Theater of Uzbekistan from December 24 to 30, 2021 and from January 2 to 9, 2022 at 11.00, 13.00 and 15.00 invites you to the musical fairy tale "Little Red Riding Hood" based on the play by E. Schwartz. The writer Evgeny Schwartz created his play "Little Red Riding Hood" based on the fairy tale by Charles Perrault. But unlike Charles Perrault, he introduced into the plot not only numerous new characters - a bear, a fox, a hare, a forester, and already endowed them with recognizable character traits, but transferred the plot of the fairy tale to modernity. The author added several themes to the owl narrative that were absent in Perrault's fairy tale - this is the friendship of a girl and animals, greed and deceit, peace and friendship, punishment for misconduct. An enchanting musical fairy tale awaits you. You will be congratulated on the most wonderful holiday of the year – Happy New Year by Little Red Riding Hood and her friends. The main guests of the New Year's fairy tale are Santa Claus and the Snow Maiden!