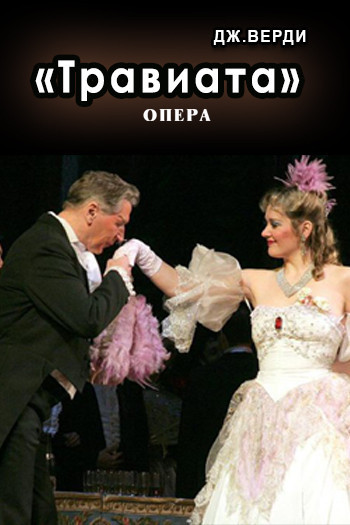 The action takes place in Paris and its environs in 1700. The Parisian mansion of the courtesan Violetta. Among the guests is Alfredo Germont, who recently arrived in Paris from the provinces. At first glance, he fell in love with Violetta with pure, enthusiastic love. At the request of the guests, Alfred sings a drinking song - a hymn of love and joy of life. Alfredo remains in the empty living room with Violetta, who suddenly felt unwell. He ardently convinces Violetta to believe his feelings. Left alone, Violetta remembers with excitement the tender speeches of Alfredo. For the first time in her brilliant and frivolous life, she encountered genuine feeling; reciprocal love was kindled in her heart. Violetta and Alfredo left Paris, retiring to a country house. Here, in the quietness of the countryside, they found their happiness. Learning that Violetta is secretly selling her things from him, Alfredo goes to Paris to settle money matters. Alfredo's father, Georges Germont, appears. He accuses Violetta of leading his son to death, ruining the family's reputation. Violetta is in despair: love for Alfredo is her only joy. And she didn't have long to live: she was terminally ill. Yielding to Germont's insistence, she decides to sacrifice her happiness and writes a farewell letter to her beloved. Germont calls his son to return to his native Provence, to his family, but he does not listen to him. After reading Violetta's letter, seized with jealousy, Alfredo hurries to Paris to avenge his treason. Flora's masquerade ball. The fun is in full swing. At the card table, among other players, Alfred. Enter Violetta with Baron Dufol. She is painfully going through a break with her beloved. Alfred is looking for a quarrel with the baron. Violetta, in anxiety for the life of her beloved, tries to prevent a duel. But Alfred calls guests and insults her in front of everyone, throwing money in her face - payment for love. Broken by suffering and illness, abandoned by her friends, Violetta slowly fades away. Germont informs her in a letter that he told Alfredo about her self-sacrifice. The cheerful noise of the carnival is heard from the street. Alfred appears. The happiness of lovers is infinite; they dream of leaving Paris forever and starting a new life. But Violetta's strength leaves her, her joy is replaced by violent despair - she does not want to die when happiness is so close! Entering Germont with remorse is convinced that his belated consent to the marriage of his son with Violetta can no longer save her. In the last impulse, Violetta rushes to Alfredo and dies in his arms.