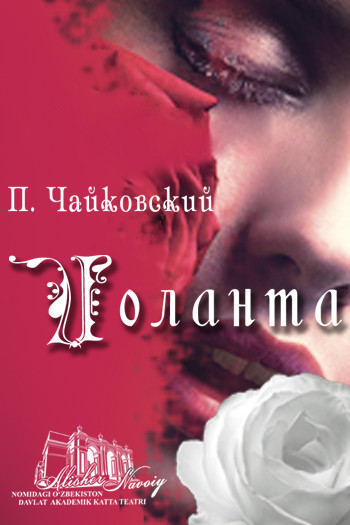 In the mountains of France there is a castle that King Rene built for his young daughter Iolanta. She is blind from birth, but does not know about it. By order of the king, the surrounding people carefully concealed from her the secret, and no one else under pain of death does not dare to enter the castle. In happy ignorance Iolanta spends her days among her friends. Recently, however, unclear aspirations have disturbed her peace. Iolanta cries, yearns, and in vain her friends try to distract her from sad thoughts. The king invites the famous doctor Ebn-Hakia to the castle. After inspecting Iolanta during sleep, Ebn-Hakia reports that healing is possible, but for this Iolanta must learn about her misfortune and with all her soul want insight. Fearing that knowing the truth without certainty of healing will be a painful blow for her daughter, Rene refuses to tell her the secret.

Lost in the hunt, two knights, Robert and Vaudemont, get into the royal garden. Robert as a child was engaged to Iolanta, whom he had never seen. Ardently in love with Countess of Lorraine Matilda, he wants to ask King Rene to terminate the engagement. In the gazebo of the wonderful garden, Vaudemont sees a sleeping unfamiliar girl. He is fascinated by her. An involuntary exclamation of excitement woke Iolanta. The excitement of a young knight causes a response in her soul. Saying goodbye to a beautiful stranger, Vaudemont asks her to give him a red rose as a souvenir, but she breaks a white one. With horror, the knight is convinced that Iolanta is blind. Overcome with compassion, he tells her how beautiful the light is. Iolantha believes his words. The king appears. Upon learning that an unknown stranger revealed Iolanta a secret, he becomes indignant, but the doctor Ebn-Hakia calms him down. Now the path to healing is open. For the sake of saving a loved one, who is in mortal danger for disclosing secret, Iolanta is ready to endure any torment. Having seen clearly, she sees the world with amazement and delight, recognizes her father, her friends and Vaudemont, who will henceforth be her protector. All solemnly praise the light, the source of life and knowledge.