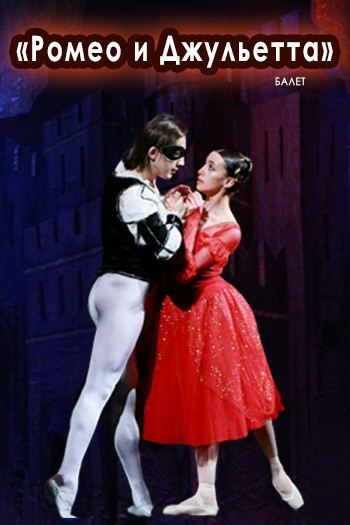 Romeo in dreams of love.

A Square in Verona. Two feuding noble families, the Montagues and the Capulets, who have been involved in a rival of longstanding. Their animosity was so pronounced that they could not stand the sight of one another. The quarrels between the houses, since anyone can remember, no one really knows how they began, but there existed much bloody feuds between them.

Juliet’s room. The nurse comes to Juliet.Servants prepare for a ball at the House of the Capulets

The ball at the Capulets. The guests arrive, among them Romeo and Mercutio, who were not invited, sneak into the ballroom in masks. At the ball, Romeo is attracted by a girl who he learns is Juliet, daughter of the Capulet’s. Romeo and Juliet see each other for the first time and there is an obvious attraction between them. They fall in love with each other

The Capulets’ Garden. First Meeting between Romeo and Juliet.

A Square in Verona. The public square fills with revelers celebrating the carnival season. Mercutio with friends teasing Romeo. Juliet’s Nurse comes in search of Romeo to give him a letter: Juliet agrees to become his wife. Romeo and Juliet decide to have their fates joined in holy matrimony. And at the chapel, Friar Laurence performs in secret their wedding ceremony.

Friar Laurence’s Chapel. Friar Laurence hopes that this marriage will finally reconcile the Montague and the Capulet families. The wedding ceremony is done. All that is need to inform about the marriage. But unexpected events disrupt their plans.

A Square in Verona. The next day, Romeo and Mercutio encounter Tybalt—Juliet’s cousin.

Tybalt emerges from the crowd and draws his sword at Mercutio, who retaliates. Romeo tries to put a halt to their swordplay. But a duel ensues, and Tybalt kills Mercutio. An enraged Romeo exacts revenge for his friends’s death, fatally stabbing Tybalt. The Prince forever banishes Romeo from Verona.

Juliet’s Bedroom. The Lovers meet prior to their separation. Romeo can no longer stay in Verona. He bids farewell to Juliet. Meanwhile, Juliet’s parents, affected by the recent events, now intends for her to marry Count Paris in just three days.

He concocts a plan to reunite Juliet with Romeo. He gives her an opiate, which for a time will cause her to appear dead for two days. After she is laid to rest in the family’s crypt, the Friar and Romeo will secretly retrieve her, and she will be free to live with Romeo, away from their parents’ feuding.

The Capulet family crypt. The Friar’s letter fails to reach Romeo. Despite the order of the Duke, Romeo secretly returns to Verona.

Then at Juliet’s side, Romeo drinks the poison and dies. When Juliet awakens from her deep sleep, she realizes

‘For never was a story of more woe…’

Two families, the Montagues and Capulets, gather by the lifeless bodies of their children. The death makes the inconsolable parents to conclude an everlasting peace and in memory of two fine creatures to stop the war.