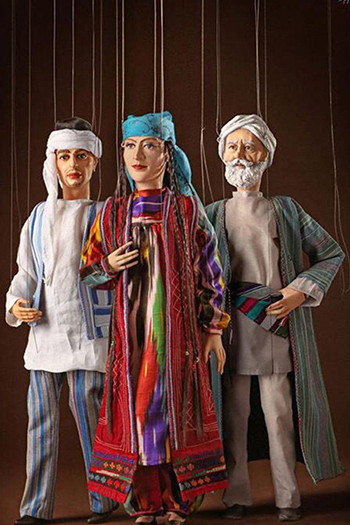 Aladdin and his magic lamp

In the eastern bazaar, among melons and watermelons, Khoja Nasreddin starts to tell the story about Aladdin: “In a beautiful city, there was a kind-pre-good one ...” “Spiteful! ..” the Hodjhy donkey intervenes, and the well-known fairy tale acquires a new unusual life on the stage of the same new and unusual puppet theater. This tale, like a magic lamp, flickering among the treasures, again and again, fascinates the audience with its magic! The courtyard in front of the Aladdin's house is so ordinary and familiar, with a cot and a vineyard, and in contrast, the cave of the evil Witch ... The exquisite snow-white stucco of the palace walls charms the viewer with its magical splendor. Aladdin, in love and deceived, and a capricious, but faithful princess Budur. And of course, the Djinn - woven from fire and smoke that can fulfill any desire. But will he have enough power to break an order for a friend? And what will happen to the heroes of history