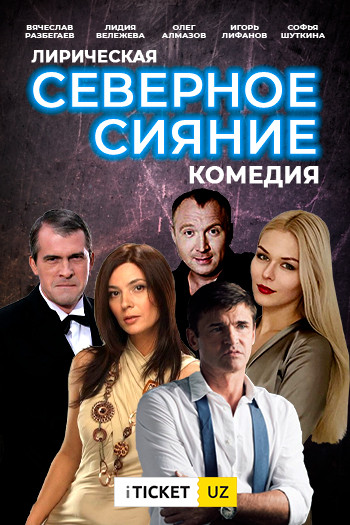 Dear friends, on October 13 at the Turkistan Palace! PREMIERE OF THE YEAR in TASHKENT !!! A SUPER LYRICAL COMEDY with the participation of popular theater and cinema artists. The story told by the heroes is absolutely universal. The director turned a banal scandal between a husband and wife into an interesting and profound performance.The lyrical comedy "NORTHERN LIGHTS" tells about the life of one family, where the characters are tested, getting into funny or dramatic situations. They sort things out, are tormented by belated jealousy, lie, resort to threats and blackmail. It starts to seem to everyone that they clearly hate each other.However, in the finale, the viewer realizes that this couple is ready to sacrifice their lives for each other.The actors play with maximum expression and dedication, in the truest sense of the word – on the nerves. And the viewer begins to really empathize with the characters.This funny and exciting performance will not leave anyone indifferent, because such a story can happen in everyone's life.

The actors are engaged in the play:

Events can be visited by:
From 3+ age